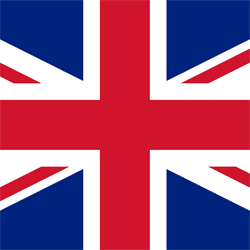 Professor Mills is a veterinary surgeon and leading academic who specialises in the management of problem behaviour and the human-animal bond. After spending several years in practice, working for both the charity sector (People’s Dispensary for Sick Animals) and mixed animal private practice, he moved into academia in Lincolnshire in 1994. He has led undergraduate programmes in animal behaviour and welfare as well as developed a Masters programme in clinical animal behaviour. In 2004 he was the first individual to be recognised by the Royal College of Veterinary Surgeons as a specialist in veterinary behavioural medicine, and in 2016 was further recognised by them as the first individual to be granted Fellowship status for their contributions to the field. He was also Europe’s first professor of his discipline and has pioneered a scientific transformation of our understanding of companion animal problem behaviour. More recently he has worked extensively on the wider implications of human animal relationships including the economic significance of companion animals and health benefits of animal assisted interventions. He has published around 150 full peer-reviewed scientific articles and more than 50 books and chapters. He frequently advises both specialist and general media on companion animal issues, and has acted as an expert witness.