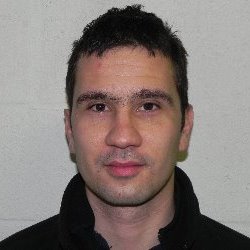 Bart Pardon graduated in 2007 as a veterinarian at Ghent University with highest honors. He received the price for the best master thesis and was awarded the price of the faculty of veterinary medicine for his graduation results. He immediately joined the department of Large Animal Internal Medicine (Ghent University), where he enjoyed a general internist training and further focused on ruminant health. In 2012 he defended his Ph.D thesis on drug use, morbidity and mortality in veal calves with emphasis on respiratory disease. He followed postgraduate education in the area of biostatistics, epidemiology and animal experimentation. He received the European college of Bovine Health Management residents price for the best oral presentation in 2015 and became a diplomate of the ECBHM in 2016. Since 2011 he is an active member of the board of the Flemish buiatrics association, being treasurer from 2012 on. At present he is assistant-professor at the same department, responsible for the ruminant division of the clinic. Since 2013 he is a co-lecturer in ruminant internal medicine and physiology. His current research projects are on enterotoxaemia, rational antimicrobial use and respiratory disease diagnostics in calves. He has a special clinical interest in calf health, diagnostics, camelid medicine, endoscopy and ultrasonography.