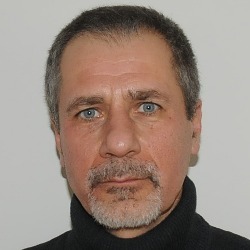 Graduated at the University of Bologna (Italy) in 1986. Currently, professor of “Semeiotics, internal medicine and medical therapy of farm animals” at the Department of Veterinary Internal Medicine of the University of Bologna. Expertise in bovine medicine, with particular reference to internal medicine of young animals, congenital diseases, inherited diseases and surgery of soft tissue.

Project of didactic support in cattle medicine at the “La Salle Agro-Technical school of Hagaz” in Eritrea (Gash-Barka region) in 2005.

Project of technical support at the Cattle farms of Hanga (south of Tanzania) since 2003, together with the students of veterinary medicine of Bologna.