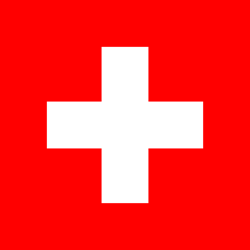 Colin C. Schwarzwald graduated in 1997 from the University of Zurich School of
Veterinary Medicine.

Between 1998 and 2001 he completed an internship at the Equine Hospital of the University of Zurich and worked on his doctoral thesis to attain the Dr.med.vet. degree.

Between 2001 and 2004 he completed an ACVIM Large Animal Internal Medicine residency program at The Ohio State University.

Concurrently, from 2001 to 2006, he was also enrolled in a PhD program and conducted several research projects in the field of equine cardiology, in cooperation with Dr. John Bonagura, Dr. Robert Hamlin, Dr. William Muir, and several members of the cardiology section.

In 2006 he moved back to the Vetsuisse Faculty of the University of Zurich, where he was employed as a Senior Lecturer in Equine Internal Medicine Section.

In 2009 he completed his ‘Habilitation’ titled ‘Advances in equine cardiology’.

His academic and clinical interests include large animal and comparative cardiology, with emphasis on echocardiography, cardiac electrophysiology, cardiovascular pharmacology, and cardiac biomarkers.