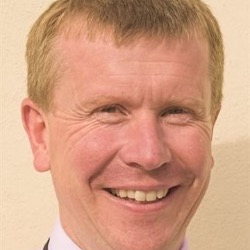 Josh Slater graduated from the University of Edinburgh in 1985 and spent 4 years in equine practice before moving to a residency in equine medicine at the University of Cambridge. He completed a PhD in equine infectious diseases in 1994 and was a lecturer, then senior lecturer in equine medicine at the University of Cambridge during which he held a Wellcome Trust research fellowship. He moved to the Royal Veterinary College, London in 2005 where he is professor of equine clinical studies. His research is in equine infectious diseases, in particular strangles, equine herpesviruses and equine influenza. He is a past president of the British Equine Veterinary Association, the European College of Equine Internal Medicine and the Federation of European Equine Veterinary Associations. He was biosecurity advisor to the Hong Kong Government for the 2008 Equestrian Olympic Games, was the National Technical Official responsible for biosecurity at the London 2012 Equestrian Olympic Games and was a biosecurity advisor for the World Equestrian Games 2014.