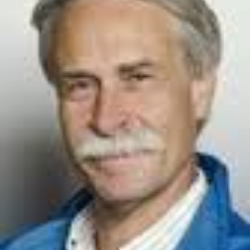 I was born on 25 March 1952 in Nijmegen, a city in the east of the Netherlands. I started to study veterinary medicine at the faculty of veterinary medicine (Faculteit Diergeneeskunde) of the University of Utrecht in the autumn of 1970. I qualified within the shortest possible time with honours in February 1977 and immediately went into large animal practice. Prior to qualifying, I spent half a year in Newmarket working at the Equine Research Station (Animal Health Trust), mainly for projects of Professor Leo Jeffcott and Dr. Peter Rossdale. After 2 years of treating cattle, sheep, hogs and horses he was offered a position at the clinic of large animal internal medicine in Utrecht. In 1988 was hired by a pharmaceutical company as researcher and in 2000 I was appointed Full time professor of Equine Medicine in Vienna. I had functions in many equestrian organisations as judge, team veterinarian or doping controller.
In 2000 I successfully mastered the exam for the European College of Veterinary Pharmacology and Toxicology (ECVPT) and in 2005 I became de facto specialist with the College of Equine Internal Medicine (ECEIM). I served in many committees of the ECEIM and currently I am the President of the ECEIM.