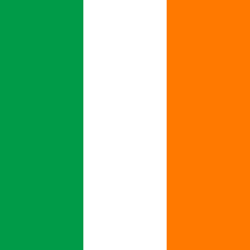 Lisa is a Professor in the School of Veterinary Medicine, University College Dublin (UCD), Ireland. Lisa obtained her DVM from the University of Georgia in 1994, following which she completed an internship in equine medicine and surgery at Peterson, Smith, Matthews, Hahn & Slone in 1995. By 1998, Lisa had completed a combined large animal internal medicine residency program and a masters program in equine exercise physiology at Washington State University. Her research focused on the responses of ponies and horses to short-term training and their ventilatory responses to high-intensity exercise. She became an American College of Veterinary Internal Medicine (ACVIM) diplomate in 2001, completed a PhD at the Royal Veterinary College in 2003 investigating the pathophysiology of equine acute laminitis, became a European College of Equine Internal Medicine (ECEIM) diplomate in 2005 and was also awarded a graduate certificate in University Teaching and Learning in 2010. In 2020 Lisa became a de facto member of the European College of Veterinary Sports Medicine and Rehabilitation. Her current clinical and research interests include equine exercise physiology, equine genomics and equine laminitis.