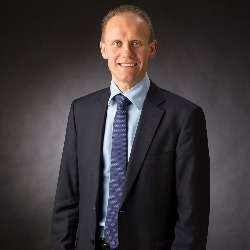 Dominiek Maes received his veterinary degree from Ghent University, Belgium, in 1993, a Master degree in Animal Production from the same university in 1995, a Master degree in Herd Health and Veterinary Epidemiology from Utrecht University in 1998, and a PhD from Ghent University in 1998. He was a post-doctoral researcher at the College of Veterinary Medicine at the University of Minnesota in 2000. He became Associate Professor Porcine Health Management at the Faculty of Veterinary Medicine at Ghent University in 2003, and he is full professor at the same department since 2012. He is currently director of the Institute for Continuing Professional Development within the Faculty of Veterinary Medicine at Ghent University, section editor of Livestock Science, president of the Belgian branch of the International Pig Veterinary Society, past president of the European College of Porcine Health Management, and a board member of the Veterinary Continuing Education in Europe (VetCEE). He served as Vice-President of the EBVS from 2013-2015 and was elected as EBVS President in April 2015. He has more than 220 publications in international peer-reviewed scientific journals and more than 400 presentations during national and international conferences.