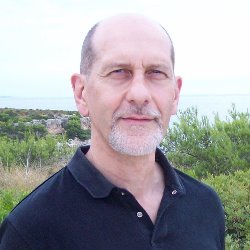 Freddy Haesebrouck is a veterinarian and PhD from Ghent University, Belgium. In 1988 he became professor in veterinary bacteriology and mycology and since 1993 he has been head of the Department of Pathology, Bacteriology and Avian Diseases at the Faculty of Veterinary Medicine, Ghent University. He is author or co-author of more than 700 articles in peer-reviewed scientific journals and associate-editor of the open access journal Veterinary Research, handling bacteriology-related manuscripts. The expertise of his research group relates primarily to the study of bacterium-host interactions and antimicrobial resistance in bacteria of veterinary and zoonotic importance. One of the main research topics relates to gastric non-H. pylori Helicobacter species. For several of these very fastidious bacteria, cultivation methods have only recently been optimized and the availability of pure isolates has brought new perspectives to the study of the interactions with their hosts. Initially research focused on Helicobacter suis, a species causing gastritis and decreased weight gain in experimentally infected pigs. It is also the most prevalent gastric non-H. pylori Helicobacter species in humans suffering from gastric disease. Other studies have dealt with the canine and feline gastric Helicobacter species which are also of zoonotic significance.