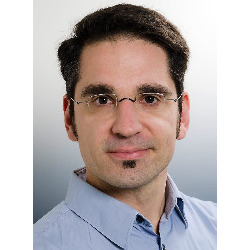 Dieter Liebhart received his diploma in veterinary medicine at the University of Veterinary Medicine, Vienna, Austria in 2003. He continued with research at the same university and awarded his doctoral degree in 2007 at the Clinic for Avian, Reptile and Fish Medicine by establishing an in situ hybridization to detect the parasite Histomonas meleagridis in tissues. In the following years he worked as a post-doctoral researcher focusing on the disease histomonosis. He completed a practical training in avian pathology at the University of California Davis, USA. In 2016 he became Assistant Professor in poultry immunology at the Clinic for Poultry and Fish Medicine, University of Veterinary Medicine, Vienna, Austria and still holds this position. He was appointed as de facto Diplomate of the European College of Poultry Veterinary Science in 2013. The Austrian Federal Ministry of Science and Research awarded him with the Award of Excellence for his work in research and in 2015 he was selected to give the Avian Pathology Lecture sponsored by the Houghton Trust at the XIXth World Veterinary Poultry Association Congress in Capetown, South Africa. His main research interests are infectious immunology, parasitology, pathology and histopathology of poultry. His works are published in peer-reviewed journals and presented at international conferences.