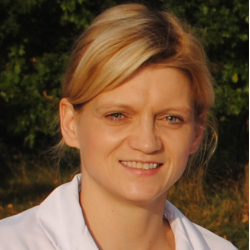 Dr. Sandersen was born and raised in Germany. She studied Veterinary Medicine in Budapest, where she graduated as DVM in 1997. She then moved to Belgium to start working towards her PhD at the University of Liège. After becoming a member of the ECEIM in 2005, she was part of the ECEIM credentials committee for three years. After an alternative residency in anesthesiology, she became a member of the ECVAA in 2013. As the head of the clinical service of anaesthesiology she is teaching anaesthesiology to 4th, 5th and 6th year students at the University of Liège. Her research focusses on sepsis, ischemia and reperfusion.