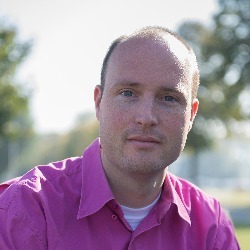 Ronald Jan Corbee received his DVM degree from Utrecht University in December 2003. After several temporal positions in first line companion animal practice he was employed by Dierenkliniek ‘t Ossehoofd in Heerhugowaard, where he worked for 2 years as a veterinarian for companion animals. In December 2006 he opened his private practice; Dierenartsenpraktijk Schonauwen in Houten, which he sold in 2016. In September 2008 he started his residency in Veterinary Nutrition (Diplomate of the European College of Veterinary and Comparative Nutrition) (supervisor Prof. Dr. H.A.W. Hazewinkel). Apart from the training programme in Utrecht, his training included externships with Dr. A.J. Fascetti (UC Davis, California, USA), Dr. J.J. Wakshlag (Cornell, New York, USA), Dr. J. Kamphues (Hannover, D) and Dr. A.J. German (Liverpool, UK). He passed the board certifying exam in Zaragoza in September 2011. He successfully defended his PhD (Nutrition and the skeletal health of dogs and cats) on the 28th of August 2014. In March 2013 he was awarded the University Teaching Qualification. At the moment he is employed as Assistant Professor at the Faculty of Veterinary Medicine, Utrecht University.