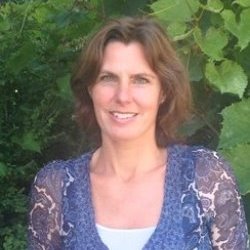 Charlotte Reinhard Bjørnvad received her DVM degree from University of Copenhagen in December 1996. After having worked as a clinician in small animal practice both in private and University Clinics, she started a phD study in animal Nutrition "Nutrition of the compromised gut" focussing mainly on how colostrum supports intestinal Development in premature pigs. After having succesfully defended her PhD in 2004, she returned to the university veterinary hospital in Copenhagen where she was granted government funding to perform her Post Doc in feline obesity and metabolism. She started an alternative residency in Veterinary Comparative Nutrition (Diplomate of the European College of Veterinary and Comparative Nutrition) with Geraldine Blanchard as main supervisor and Anne-Helene Tauson as internal supervisor. She passed the board certifying exam in Zaragoza in September 2011. As a Diplomate she got the opportunity to implement Clinical Nutrition at the Department of Veterinary Clinical Sciences, Faculty of Health and Medical Sciences, University of Copenhagen. She has supervised 7 PhD students, 4 of which have succesfully defended their thesis and 3 that are ongoing and currently supervises two residents in veterinary comparative Nutrition.