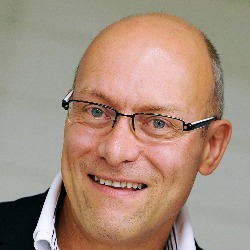  Dr. Luc BECO graduated from the University of Liege (Belgium) in 1987. He created a private general and dermatology clinic in Spa in 1987. He returned at the University of Liege as Consultant in Dermatology from 1992 to 1999. He completed the ESAVS training course in dermatology from 1992 to 1994. He accomplished an alternative ECVD residency at North Carolina State University and became a diplomate of the European College of Veterinary Dermatology (ECVD) in 2002. He has been a member of the Educational Committee of the ECVD from 2002 to 2011. He started his commitment within the board of the European Society of Veterinary Dermatology (ESVD) as Further Education and Meetings Secretary in 2004. From 2010 to 2013 Dr Beco has been President of the ESVD. He is currently ESVD Past-President, congress co-organizer and venue finder. Dr Beco is also appointed from 2011 to 2016 as Administrative Committee Member of the World Association for Veterinary Dermatology (WAVD).
He is the author or co-author of several articles in refereed journals and has lectured at more than 155 national and international meetings