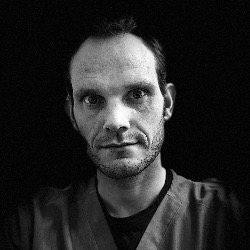 Alessio Vigani is currently faculty in small animal emergency and critical care and extracorporeal therapies at North Carolina State University. Alessio received his D.V.M. degree Summa Cum Laude from the University of Milan in 2006 and then obtained his PhD degree in clinical sciences. He completed a small animal rotating internship at the Ohio State University in Columbus in 2009.
He subsequently pursued two consecutive residency programs in veterinary anesthesia and analgesia and emergency and critical care at the University of Florida. He is ACVAA diplomate since 2012 and ACVECC diplomate since 2014. Dr. Vigani has published several journal articles and book chapters and he has lectured nationally and internationally. His special interests include trauma, regional anesthesia, hemodialysis and plasmapheresis. Alessio shares a tiny apartment with his dogs Scimmietta, Macchietta e Anacleto. Alessio is a devoted runner.