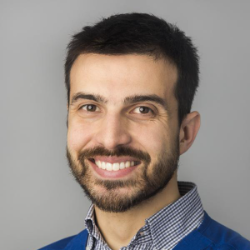 Fabio graduated from Bologna University, Italy in 2012. After graduation he undertook a small animal cardiology externship at the University of Liverpool. He then went on to complete a 12-month rotating internship in small animal medicine at Rutland House Referrals. Following this he worked in general practice for almost two years when he further developed his interest in cardiology. In 2016 he was appointed a Resident in Small Animal Cardiology at the University of Liverpool. Fabio became European Specialist in Small Animal Cardiology in 2021.