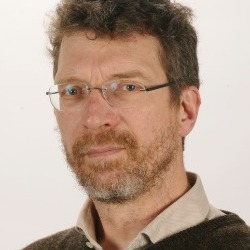 Ed van Klink graduated in 1983 in Utrecht. after a short spell in classical swine fever control and one and a half year as research assistant in meat hygiene research, he became District Veterinary Officer in Zambia for 5 years. he joined the Dutch Ministry of Agriculture in 1991 and has held a variety of policy related posts until 2011, being involved in animal health, animal welfare, notifiable disease control and food safety policy. Since 2011 he is Senior Lecturer Veterinary Public Health at the School of Veterinary Science of the University of Bristol.

Ed did his PhD at Wageningen University in 1992 on research into productivity of traditionally managed Barotse Cattle in the Western Province of Zambia.

He combines his academic activities with occasional consultancies on animal related policy across the world.