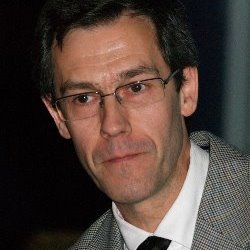 Until September 2005, Claude Saegerman was the director of the scientific secretariat of the scientific committee of the Federal Agency for the Safety of the Food Chain (FASFC). Currently, he is a full professor and head of Research Unit of Epidemiology and Risk Analysis applied to Veterinary Sciences (UREAR-ULg) and head of the biosecurity cell at the Faculty of Veterinary Medicine, University of Liege, Belgium. Since, 2014, he is member of the Center for Fundamental and Applied Research for Animal and Health (FARAH).

Claude Saegerman was graduated as doctor in veterinary medicine in 1986. He got a master of sciences in epidemiology in 1992 and a PhD in veterinary sciences in 2004. He was recognized in 2005 as diplomate of the European College for Veterinary Public Health. It received several (inter)national scientific awards, the most recent being granted by the Belgian Royal Academy of Medicine for an original contribution to the knowledge of the emerging Bluetongue virus in Europe.

Claude Saegerman is a member of several scientific committees like the scientific committee of the Federal Agency for the Safety of the Food Chain since 2008, the expert committee specialized in animal health and welfare of the French Agency for Food, Environmental and Occupational Health and Safety since 1996, the Veterinary Ad Hoc Scientific Advisory Group on an inactivated Bluetongue vaccine at the European Medicines Agency since 2010, also member of several working groups of the European Food Safety Authority since 2010 concerning the Bluetongue virus, the Schmallenberg virus, epidemiological indicators of the meat inspection and Ebola. He is also member of the Emerging Risks Exchange Network form the European Food Safety Authority since 2010 and was member of the Scientific Advisory Board of the United States Animal Health Association Committee (USDA) on Bee Informed Partnership Grant 2011-2015. He is the president of the Belgian Association of Animal Health and Epidemiology since 2007. He is member of the The Royal Academy of Medicine of Belgium since 2012.
Current research is mainly conducted on the development of methods for early clinical detection and understanding dynamics of infection of emerging (vector-borne and/or zoonotic) diseases and rare events, also for prioritizing animal diseases, based on an interdisciplinary approach and use of evidence-based medicine, and evaluation of disease control measures (including cost-benefit analysis). The UREAR-ULg has a scientific output following an upward trend since its inception with a high score of publications referenced in the US National Library of Medicine since 2010. Along with the World Organization for Animal Health, (OIE), he was one of the editors of the bluetongue monograph.
Expertise: Epidemiology, Risk analysis, Infectiology, Prevention and control of diseases, Mandatory diseases, Emerging diseases, Biosecurity.