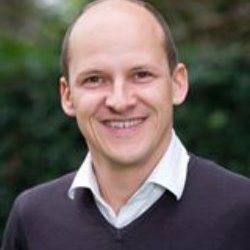 I graduated in 1996 from the National Veterinary School of Toulouse. I then completed an internship in small animal internal medicine but decided after one year of veterinary practice to reorient my career towards research in veterinary pharmacology. After two years of practical experience (as monitor and study director) and courses in statistics and pharmacology, I was offered the opportunity to start a PhD sponsored by Novartis Animal Health (NAH). In 2004 I became Clinical Development Manager for NAH based in Paris, while at the same time acting as sponsor and DMPK expert for several R&D projects. In January 2007 I took over the position of Global Head DMPK & Bioanalytics and relocated to Switzerland. In May 2008 I became responsible for the Global DMPK & Safety function of NAH and then relocated to Australia in May 2011 to also become Site Head of the Yarrandoo R&D Centre. At the end of this international assignment in May 2014 I moved to an International Project Leader role in Basel, Switzerland, which transformed into a Team Director role when NAH became part of Elanco. I left Elanco in June 2017 and relocated for the second time to Australia in August 2017. From September 2017 to December 2019 I worked for an Australian based global animal health company called Jurox as Head of R&D. I am currently doing a Masters degree in Ecotoxicology at the University of Bordeaux, France.