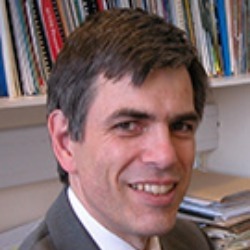 Jonathan Elliott graduated from Cambridge University Veterinary School in 1985. After graduation, he completed an Internship at Veterinary Hospital University of Pennsylvania in Philadelphia in 1986, a PhD in vascular biology and amine oxidases at the University of Cambridge in 1989 and gained his RCVS Certificate in Small Animal Cardiology in 1990.

In 1990 he was appointed to a lectureship at the Royal Veterinary College in London where he is currently Professor in Veterinary Clinical Pharmacology and Vice Principal - Research. He was awarded the Pfizer Academic Award (1998) for his research contributions to the pathophysiology of laminitis and the BSAVA Amoroso award (2001), the PetPlan Scientific Award (2005) and the European Society of Nephrology and Urology Award (2007) all for his clinical research contributions in the area of feline chronic kidney disease. He is a Diplomate of the European College of Veterinary Pharmacology and Toxicology.