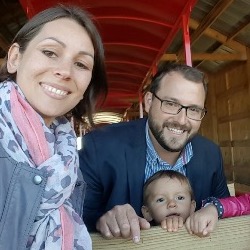 Dr. Mochel did his Ph.D at Leiden University under the supervision of Pr. Meindert Danhof, whose focus was on the modeling of the dynamics of the renin-angiotensin aldosterone system (RAAS) in dogs.

In 2012, he co-founded the Animal Health Modeling & Simulation (AHM&S) Society, together with Pr. Johan Gabrielsson (University of Agricultural Sciences, Uppsala, Sweden), and Pr. Jim Riviere (Kansas State University, USA), which aims at promoting the development, application, and dissemination of Modeling and Simulation techniques in the field of Veterinary Sciences (http://www.ahmss.com/).

Since joining Novartis Pharmaceuticals in 2013, he had been working as a Senior Pharmacology Modeler in the Modeling and Simulation (M&S) group formed by Dr. Donald Stanski. He thereafter operated as a Quantitative Pharmacology Leader in the Research M&S department of Dr. Thierry Lave at Roche.

Dr. Mochel is currently an Associate Professor in the Department of Biomedical Sciences at Iowa State University and the Chair of the Education and Residency Committee of the European College of Pharmacology and Toxicology (http://www.ecvpt.org/).

His research, which falls under the scope of the One Health initiative, pertains to the analysis of clinical data obtained from spontaneous animal models of human diseases to bridge the knowledge gap between experimental (i.e rodent) models and patients.