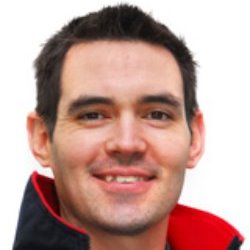 Richard graduated from the Royal Veterinary College in London in 2004, following which he spent 6 months in mixed practice before undertaking an 18 month equine internship at O’Gorman, Slater, Main & Partners in Newbury.

Richard then spent six years at Glasgow University, during which time he undertook a residency in equine surgery as well as a Master’s degree and a PhD. Richard obtained his RCVS certificate in orthopaedic surgery in 2009, his ECVS diploma in Large animal surgery in 2010,a Master’s degree in Equine surgery from the University of Glasgow in 2011 and has just completed his PhD investigating risk factors for injury to Thoroughbred horses during racing.

Richard enjoys all aspects of equine surgery and has research interests in both soft tissue and orthopaedic surgery. Soft tissue surgery research interests include evaluation of surgical procedures of the equine upper respiratory tract, an area in which he has published and presented internationally and risk factor analysis for epistaxis in racing Thoroughbreds. Richard also has a keen interest in respiratory endoscopy at exercise and has been involved in a number of publications in the area