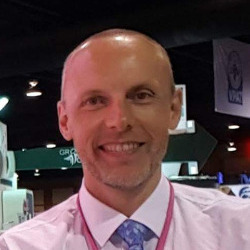 Bart graduated from Ghent University (Belgium) in 1996. He initially spent 4 years working in his own general practice combined with a part-time function as surgical assistant at Ghent University. In 2001 he started an ECVS residency training at Utrecht University (the Netherlands). He then went to private practice and worked as a surgeon in different referral clinics. He returned to Ghent University in 2005, became diplomate of the ECVS in 2007, became head of soft tissue surgery clinics in 2009, and obtained a PhD at Utrecht University in 2016. He is an enthusiast propagator of minimally invasive surgery, lectures national and international, has written articles and book chapters and acts as a reviewer for several national and international journals.