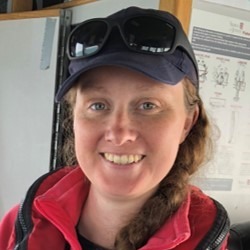 Helle received her veterinary degree from University of Copenhagen, Denmark, in 2010.
She worked at Copenhagen Zoo from 2010-2011 before volunteering as a civil veterinarian for World Vets on two humanitarian missions with the US Military in 2011 and 2012.
In April 2013, she completed the Educational Commission for Foreign Veterinary Graduates (ECFVG) certification program and the North American Veterinary Licensing Examination (NAVLE).
Helle then provided veterinary disaster relief for World Vets in the Philippines after the typhoon Haiyan in 2013.
She did a small animal rotating internship at the 404 Veterinary Emergency and Referral Hospital in Ontario, Canada, in 2014-2015 and completed her 3-year residency in Wildlife Population Health and MVetMed at the Institute of Zoology, Zoological Society of London, and the Royal Veterinary College, University of London, in 2018.
Helle became an EBVS® European Veterinary Specialist in Wildlife Population Health in April 2019.
As of October 2019, she is Doctoral Candidate at Nottingham Trent University, United Kingdom, where she studies health effects of lead (Pb) in Scandinavian brown bears (Ursus arctos).

Helle is fundraising for her next learning adventure for women in STEMM: https://chuffed.org/project/hbh-joins-hb6