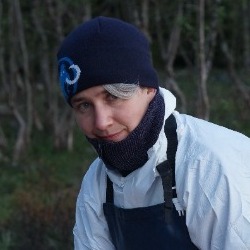 Stephanie received her veterinary degree from the Freie Universität Berlin, Germany in 2003. She worked in different practices mainly in the field of equine medicine from 2003-2010. She then did her doctorade at the Research Center Borstel (Leibniz-Center for Medicine and Bioscience) about the evaluation of antimicrobial peptides as anticancer agents from 2010-2015, followed by a one year veterinary internship at the Seal Centre Pieterburen in The Netherlands. Since 2016, she works as a research assistant at the Institute for Terrestrial and Aquatic Wildlife Research (ITAW), University of Veterinary Medicine Hannover, Foundation, where she also performed her 3-year residency in Wildlife Population Health.
Stephanie became an EBVS® European Veterinary Specialist in Wildlife Population Health in April 2021.
Her main research focus at the ITAW is the health monitoring and post mortem investigation of marine mammals. In addition, she is a PhD canditate studying antimicrobial resistant Escherichia coli in aquatic animals.