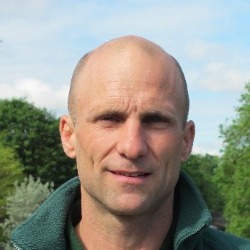 University of Cambridge graduate with a Wild Animal Health Master of Science degree from the Institute of Zoology. Worked for International Zoo Veterinary Group, across Europe at a wide variety of zoos and aquariums, then in various guises at the Zoological Society of London, initially on the Species Recovery Programmes on the translocation of endangered native UK fauna and later as the Veterinary Officer at ZSL Whipsnade Zoo. A period freelancing in the UK and abroad, a particular highlight being two locums at the New Zealand Centre for Conservation Medicine, Auckland Zoo. Appointed Head of Veterinary Services back at ZSL in 2012, and became Interim Director of Living Collections in January 2018, working with the senior management team to reshape ZSL strategy. From 2019, Assistant Director of Wildlife Health Services, developing wildlife health as a strategic theme running through much of the Society’s work and in recognition of the unique conservation impact ZSL can have in this arena. Now back with International Zoo Veterinary Group. Has served on the Councils of BIAZA and the British Veterinary Zoological Society, as a Secretary of State-appointed zoo inspector for six years, chaired the UK’s Elephant Welfare Group, is an Honorary Lecturer at the Royal Veterinary College, and the Asiatic lion EEP Veterinary Advisor.