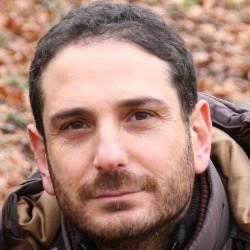 Primary research areas of Emanuele Brianti are epidemiology and control of vector-borne diseases in animals with a particular focus on those underestimated or emerging and of zoonotic concern. In this field he has carried research projects on the control ectoparasites in animals and in the prevention of some vector-borne diseases such as leishmaniosis. He has conducted studies on not very well known filarioid species of animals and investigated the role of ixodid ticks as vectors of these nematodes. Part of his research activity has been also dedicated to the study of feline lungworms. Thank to his research new species of metastrongyloid lungworms have been re-discovered as agents of disease in both domestic and wild cats.
He has been titular of research grants from public and private institutions for studies on surveillance and control of parasites of zoonotic concern, and for field studies for the evaluation of veterinary products against helminth and arthropod infections in animals.