The EBVS award has been instituted to recognise individuals or organisations that have contributed "to the progress and recognition of Veterinary Specialisation in Europe. This might include work on behalf of a College to gain it broad recognition across different European countries, or work in an individual country, across multiple disciplines in a single country or region to help gain recognition for EBVS specialists more generally".

The Nominations Committee received, scrutinised and processed all applications received and found that Stephen May, Dip.ECVS, and Dimitris Raptopoulos, Hon.DipECVAA, both fulfill the criteria for the award. 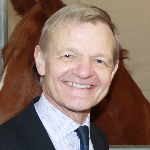 Stephen May has served as President of the European College of Veterinary Surgeons, contributing in the expansion of the respective speciality across Europe. He has also served as President of the European Board of Veterinary Specialisation. During that term, he was instrumental in setting up clear and detailed terms of reference for the Standards and Quality Committee and for the Governance and Code of Conduct Committee, that way contributing in improving level of training and in normalizing examination settings across all the available veterinary specialities. Stephen May is a strong advocate of availability of equal terms for veterinary specialisation across all European countries. 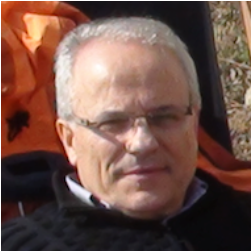 Dimitris Raptopoulos played a pioneering role in the development of the European College of Veterinary Anaesthesia and Analgesia and in the development of the relevant scientific speciality around Europe and the world in general, through his involvement as Secretary and President of the College and as President of the Association of Veterinary Anaesthetists. Further, as the first ever Diplomate of a European Veterinary Specialist College in Greece, he contributed to the dissemination of the idea of European Veterinary Specialisation in the country and supported the application for de facto recognition of many Greek Veterinary Diplomates in various specialities. He also worked (Jan. 2013 – Dec. 2017) as the first Chief Executive Officer (CEO) of the EBVS. In that capacity, he was instrumental in the submission of the application for a Common Training Framework for Veterinary Specialization in Europe. Also in the above capacity, he significantly supported many Colleges in preparing their applications for provisional or full recognition by the EBVS and thus in the recognition of their speciality in many European countries. Moreover, during his term, he had also significantly contributed to the update of the working documents of the EBVS (Constitution, Bylaws, Policies and Procedures, Model Constitution and Bylaws for Colleges), further establishing rules and regulations for the expansion of the idea of veterinary specialisation across Europe. Finally, also in this role, he played a key role for the EBVS by organising the registration of its trademark.